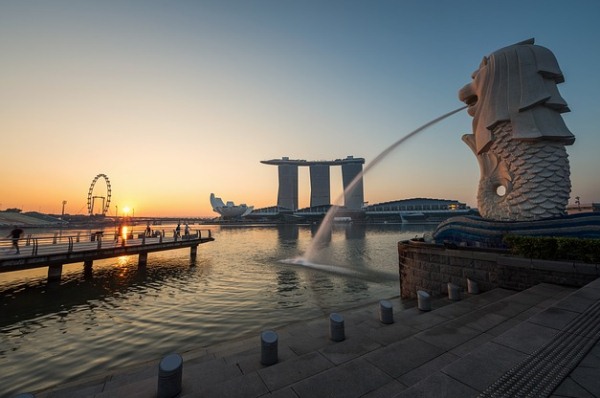 The Asia-Pacific region emerged as a beacon for competitiveness, with 11 out of 14 economies either improving or holding their ground, led by Singapore and Hong Kong at the top of the global chart, according to the 2019 competitiveness ranking of a Swiss-based business school.

The 2019 IMD World Competitiveness Ranking ranks Singapore as the world’s most competitive economy for the first time since 2010, as the United States slipped from the top spot to third, while economic uncertainty took its toll on conditions in Europe.

Singapore’s rise to the top was driven by its advanced technological infrastructure, the availability of skilled labor, favorable immigration laws, and efficient ways to set up new businesses. Hong Kong held on to second place, helped by a benign tax and business policy environment and access to business finance.

The initial boost to confidence from President Donald Trump’s first wave of tax policies appears to have faded in the United States, according to the ranking. While still setting the pace globally for levels of infrastructure and economic performance, the competitiveness of the world’s biggest economy was hit by higher fuel prices, weaker hi-tech exports, and fluctuations in the value of the dollar.

“In a year of high uncertainty in global markets due to rapid changes in the international political landscape as well as trade relations, the quality of institutions seem to be the unifying element for increasing prosperity. A strong institutional framework provides the stability for business to invest and innovate, ensuring a higher quality of life for citizens,” said Arturo Bris, IMD professor and director of IMD World Competitiveness Center, the research center which compiles the ranking.

Economists regard competitiveness as vital for the long-term health of a country’s economy as it empowers businesses to achieve sustainable growth, generate jobs and, ultimately, enhance the welfare of citizens.

Switzerland climbed to fourth place from fifth, helped by economic growth, the stability of the Swiss franc and high-quality infrastructure. The Alpine economy ranked top for university and management education, health services, and quality of life.

The effects of rising fuel prices influenced the ranking, with inflation reducing competitiveness in some countries. Stronger trade revenues helped oil and gas producers such as this year’s biggest climber Saudi Arabia, which jumped 13 places to 26th, and Qatar, which entered the top 10 for the first time since 2013.

The United Arab Emirates—ranked 15th as recently as 2016 —entered the top five for the first time. The UAE now ranks first globally for business efficiency, outshining other economies in areas such as productivity, digital transformation and entrepreneurship.

Venezuela remains anchored to the bottom of the ranking, hit by inflation, poor access to credit, and a weak economy. The South American economy ranks the lowest for three out of four of the main criteria groups—economic performance, government efficiency, and infrastructure.

In the Asia-Pacific region other top performers include Indonesia, which leapt 11 places to 32nd, enjoying the region’s biggest improvement, thanks to increased efficiency in the government sector as well as improvement in infrastructure and business conditions. The Southeast Asian country is characterized by the lowest cost for labor across the 63 economies studied.

Thailand, driven by an increase in foreign direct investments and productivity, advanced five places to 25th position in 2019. The Philippines rose four notches to no. 46, and Malaysia retained its 22nd spot.

The IMD World Competitiveness Rankings, established in 1989, incorporate 235 indicators from each of the 63 ranked economies. The ranking takes into account a wide range of “hard” statistics such as unemployment, GDP, and government spending on health and education, as well as “soft” data from an executive opinion survey covering topics such as social cohesion, globalization and corruption.

This information feeds into four categories—economic performance, infrastructure, government efficiency and business efficiency—to give a final score for each country.