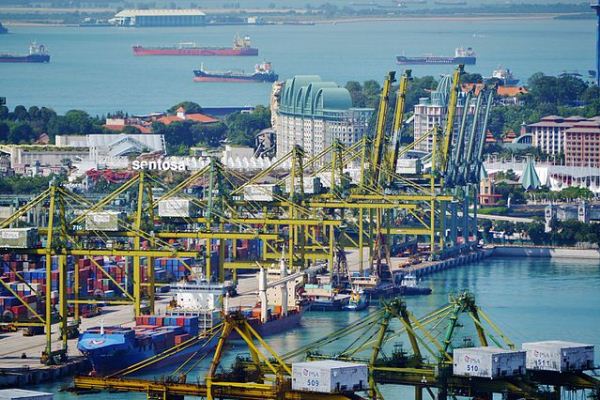 Manufacturers in the Association of Southeast Asian Nations (ASEAN) saw operating conditions deteriorate at the fastest pace since November 2015 in August as output and new business inflows fell, according to the latest IHS Markit Purchasing Managers’ Index (PMI).

The index fell further below the 50.0 neutral mark, slipping from 49.5 in July to 48.9 in August and signalling a further decline in the health of the ASEAN manufacturing sector, the quickest since late-2015, an IHS Markit release said.

Contributing to the decline was a moderate reduction in new business inflows and a second consecutive downturn in output. The strongest fall in external demand since November 2015 also weighed on overall new orders.

But only three of the seven monitored countries reported a deterioration in operating conditions.

“Notably, there was stark variation between the monitored countries, as Singapore posted the joint-strongest deterioration since this index began in 2012, whilst by comparison, Myanmar signalled a modest improvement in operating conditions,” said IHS Markit.

Singapore reported a sharp downturn with August’s reading falling to 42.9. Malaysia also posted a solid deterioration in manufacturing conditions, with the index (47.4) posting its lowest reading since March. Indonesia registered back-to-back falls, with the index (49.0) highlighting the quickest decline since July 2017.

By comparison, Thailand’s headline figure (50.0) did not change, highlighting a stagnation across the manufacturing sector. Vietnam’s index (51.4) signalled a marginal expansion, albeit the slowest in six months. The Philippines reported one of the fastest improvements in operating conditions in 2019 so far. At 51.9, the index signalled a modest upturn. Lastly, Myanmar’s index (52.0) marked the tenth consecutive improvement in conditions, albeit the slowest in seven months.

Overall the ASEAN manufacturing sector struggled in August, as operating conditions fell to a near four-year low. Foreign demand fell for the second time in three months, while new business declined for the first time since February. Order book volumes fell marginally, breaking a five-month sequence of growth and leading to the first back-to-back decline in production since July 2017. However, the reduction in output was only marginal overall.

Subdued demand hastened the fall in buying activity, quickening moderately from July to the fastest since November 2015. Firms remained cautious about their inventories in August, with pre-production stocks decreasing for the third successive month, though at a softer pace than July. Stocks of manufactured items fell fractionally, with the rate of stock depletion unchanged from July. Vendor performance improved further in August, as suppliers’ delivery times were shortened.

Finally, expectations regarding future output remained generally upbeat in August, with the level of positive sentiment broadly unchanged from July but remaining firmly subdued compared to the series average.