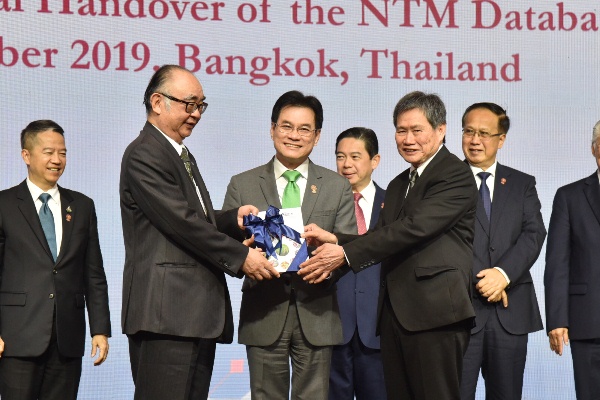 The newly released Non-Tariff Measures (NTMs) Database for ASEAN and East Asia is expected to contribute to an improved trade environment in the region, especially for exporters and small enterprises.

On September 10, the Economic Research Institute for ASEAN and East Asia (ERIA), an international organization that conducts research and makes policy recommendations for further economic integration in East Asia, officially handed to ASEAN the revised NTM database, updated from the first one launched in 2016.

The institute collaborated with the United Nations Conference on Trade and Development to collect and classify NTMs in the 10 ASEAN member countries plus the six East Asian countries (China, Japan, Korea, Australia, New Zealand, and India).

The data collection covered all regulations from official documents including international conventions adopted by these countries. A total of 28,947 measures were classified, 6,699 regulations were coded, and up to 11,347 product lines were covered.

ERIA said it is sharing the raw or more detailed ASEAN data of the NTMs database to the ASEAN member states (AMSs) to assist in developing their respective national trade repositories.

ERIA observed that there has been a 15% rise in NTMs in the ASEAN over the past three years.

NTMs are policy measures, other than ordinary customs tariffs, that can potentially have an economic effect on international trade in goods, changing quantities traded, or prices, or both, ERIA said in a release. Examples of NTMs include sanitary and phytosanitary regulations (measures that are applied to protect human or animal life) and technical barriers (e.g., labeling requirements).

In his remarks, Secretary-General of ASEAN Dato Lim Jock Hoi highlighted how the NTMs database can support ASEAN exporters in understanding and complying with trade formalities and regulations that apply to their products.

Dato Lim added that “this effort can also help MSMEs improve their competitiveness by having direct access to reliable and fully validated NTMs, which in turn, would facilitate more regional firms, particularly MSMEs, to trade and integrate within regional and global value chains.”

He also underlined the potential contribution of the database in reducing the cost of doing business in ASEAN and in doubling intra-ASEAN trade by 2025.

ERIA said the database aims to collect, validate, and store NTM data from official sources; improve the general understanding of these measures and their impact on world trade; and provide insights on NTMs in 16 countries.

Detailed information from the database can help to clarify the extent of NTMs application and to develop appropriate approaches to manage them and make them business friendly, it added.

In principle, the ASEAN Trade in Goods Agreement has explicitly stated obligations regarding NTMs. In practice, however, the integration agenda has focused primarily on tariffs, which have been reduced to 0.2% on average within ASEAN.

The issue is complicated, as many NTMs are necessary and justifiable, said ERIA. “As a country becomes more integrated into the global economy, it needs more and appropriate trade regulations and regulatory reform,” it explained.

“Having just a few NTMs could reflect gaps in consumer and environmental protection and potential under-regulation. On the other hand, the rise of NTMs in the context of tariff reduction suggests that NTMs are sometimes used as an additional tool to protect domestic producers.”

The NTM database is accessible here.