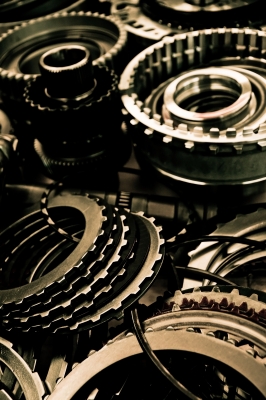 Several World Trade Organization members raised issue with Argentina’s new law that offers tax incentives to automakers that give preference to the use of local auto parts, at a meeting of the WTO Committee on Trade-Related Investment Measures on 17 October 2016. Such “local content requirements” may run counter to commitments under the WTO Agreement on Trade-Related Investment Measures (TRIMs), some members said.

Mexico said that the tax incentives offered in Argentina’s new law, which was published on 1 August 2016, could run contrary to the TRIMS agreement, and that Argentina has not informed the WTO of the measure.

The EU said it had raised the same issue at the Market Access Committee last week. The new law contradicts Argentina’s obligation to treat imported components no less favourable than local products. Canada said the proliferation of local content requirements in the auto sectors are of broader concern. Japan, Chinese Taipei and Korea shared the concerns and said they would closely monitor the issue.

Argentina said it would convey the comments back to Buenos Aires. It stressed that the law was mandated to promote development of its auto part sector, and that it has not been implemented. The delegation said it is willing to talk with members bilaterally.

Members also repeated concerns over measures in China, Indonesia and Russia that they believe favour the use of local products and home-grown technologies.

The United States reiterated its concern about a draft regulation in China, which requires insurance companies to procure “secure and controllable” information technologies (IT). The draft measure “seems to be implying a preference to indigenous technologies”, the US said.

The European Union and other members likewise echoed the US concerns. Australia urged China to act in line with its national treatment obligations, and asked China to clarify the objectives and key terms of its measure. Canada said excluding foreign providers would only decrease cyber security, while Japan said that the draft measure could potentially be inconsistent with WTO rules.

China, in response, said this issue was not relevant to the TRIMS committee, noting that the issue had already been raised in the Committee on Technical Barriers to Trade.

Several members reiterated concern over Russia’s implementation of an import-substitution policy. The EU said that Russia seems to be extending its localization requirement, pointing to a new measure in Russia to give 15% price preference for domestic products. The US echoed the concerns, noting that the preference to commodities or services purchased by state-owned enterprises in Russia runs contrary to the WTO’s national treatment requirement. Canada and Japan shared similar concerns.

Russia replied that many of items at issue are merely proposals that may or may not be implemented. There appears to be overemphasis on public debates taking place in Russia on import substitution policy, the delegation said, noting it is a necessary response to external shocks. Russia said it will submit written response to the questions shortly.

Several members at the meeting also reiterated previously raised concerns over Indonesia’s local content requirements for mobile devices, the telecommunications sector, mining, oil & gas, and retail enterprises. The EU, the US, Canada, Australia, Japan, Korea and Chinese Taipei flagged their concerns on these measures, noting that many of the concerns have been in the Committee’s agenda for years.

The chairperson, Ms. Marine Willemetz of Switzerland, informed members of her intention to hold consultations to look at how to reinvigorate the work of the Committee. The next meeting will be on 12 May 2017.

For more information on local content requirements and the Agreement on Trade-Related Investment Measures. – Article from www.wto.org

Image courtesy of ponsulak at FreeDigitalPhotos.net