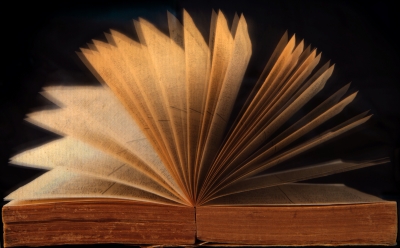 With all the negativity on the subject, you may have missed a series of recent articles breaking down many misconceptions around trade.

Trade matters for jobs, for growth, for global sustainable development agenda and for companies both small and large. These stories help set the record straight on the following common trade myths.

1. Trade is a zero-sum game

International trading ties are too often viewed as zero-sum relationships with ‘winners’ and other partners getting the short end of the stick.

In the United States, a sizeable trade deficit is often cited as proof of how much the country has been taken advantage of by its trading partners. But American companies have actually increased production in recent years, in part by accessing global supply chains to get the right products at the right price.

This recent article in The New York Times helps to explain why focusing on trade deficits is an extremely poor indicator to base trade policy on.

2. Trade is a race to the bottom

In emerging economies, trade has helped lift millions out of poverty, driving economic growth and technical progress to unprecedented levels. While trade has also lifted incomes in the developed world, rapid industrialisation in poorer countries has left many in the West feeling that they face unfair competition.

A kneejerk response to a changing global marketplace is to erect barriers to foreign companies yet, as this Wall Street Journal op-ed argues, protectionism is not the answer. International rule-making bodies like the World Trade Organisation (WTO) set standards for countries competing with each other and a clear process for resolving disputes. “More, not less, rules-based policy-making is needed” to ensure companies can operate internationally in a fair, free and predictable way.

3. Trade is bad for workers

You don’t have to look too hard online to find stories about dire conditions facing some workers in emerging and developing countries. But increased trade has helped to raise labour standards for millions of workers around the world. The Trans-Pacific Partnership (TPP) agreement, for example, called for its 12 members to bolster workers’ rights and protect independent unions—major steps forward in some countries the deal would have applied to.

This New York Times piece profiles labour activists in Vietnam who were looking to the TPP with hope as a means to improve their working conditions—a hope that was dashed when the new US administration formally withdrew from the agreement in January 2017.

4. The United States is a victim of world trade

Anti-trade rhetoric has been on the increase since the US 2016 presidential election campaign, with the country often painted as a victim of both cunning foreign competitors and global arbitrators of the system, notably the WTO.

However, as a key architect of the rules that underpin the WTO, the US has consistently been one of its key protagonists and beneficiaries, rather than victim.

This CNBC op-ed serves to remind us that Washington has a “stellar record of winning at the WTO”, using the system to its advantage, in challenging foreign restrictions against the US.

6. Chinese trade is killing US jobs

While China hasn’t always been the bogeyman for domestic critics of US trade policy, the country is now largely blamed for a declining share of US manufacturing jobs. The Wall Street Journal recently reviewed two academic studies revisiting the claim that imports from China have hurt the US.

The economists find that competition with China actually allowed US firms to expand employment by 2% or more per year as they shifted to areas where they held a greater comparative advantage.

One of the studies also found that employment losses in a firm due to Chinese imports were “more than offset by gains in employment within the same firms”. Far from being a cautionary tale of trade gone wrong, the ‘China shock’—referring to the moment when China became a member of the WTO—illustrates how trade can be mutually beneficial. – ICC