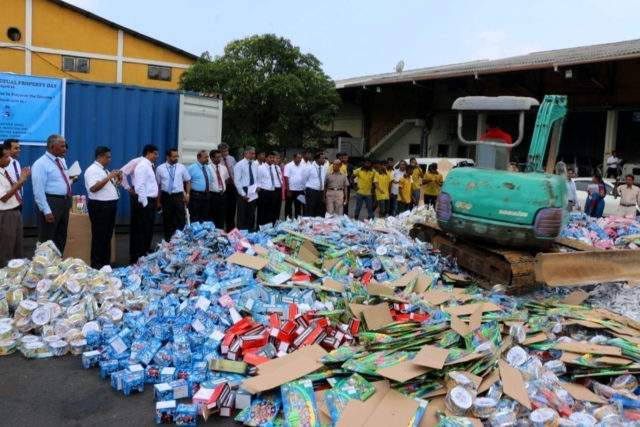 The World Customs Organization (WCO) said it has successfully wrapped up operations against counterfeiting and piracy in the Asia-Pacific region with a large haul of intercepted illicit products.

The operation was the second one in this region focusing on intellectual property rights (IPR), health and safety, the first of which was held in 2015.

“Under the direction of the WCO Secretariat and RILO A/P, the 19-day operation yielded spectacular results, with the interception of a large quantity of illicit products, totalling 1,453,429 pieces, 153,099 kg and 75 litres across 245 cases,” said WCO in a release.

The largest number of cases (40) involved foodstuff, making it the most frequently intercepted counterfeit product, followed by pharmaceutical products (38), and spare parts (22), all of which could have devastating health and safety consequences for the region’s citizens, said the organization.

In addition, a variety of other products that could endanger the public’s health and safety were intercepted by customs authorities, including contact lenses, face packs, perfume, soaps, and thermos bottles.

The operation greatly benefited from the use of the WCO’s secure customs enforcement communication tool, known as CENcomm, to exchange operational messages and share critical information provided by right holders, WCO said.

A training workshop before the operation and a follow-up workshop afterward were held to provide participating customs authorities with product identification training and familiarize them with key characteristics of the items.

Said WCO: “Operation Action IPR A/P 2 provided Customs authorities with the opportunity to boost the level of IPR enforcement in the Asia/Pacific region, while shedding light on the specific challenges they faced  in combating counterfeiting and piracy.”