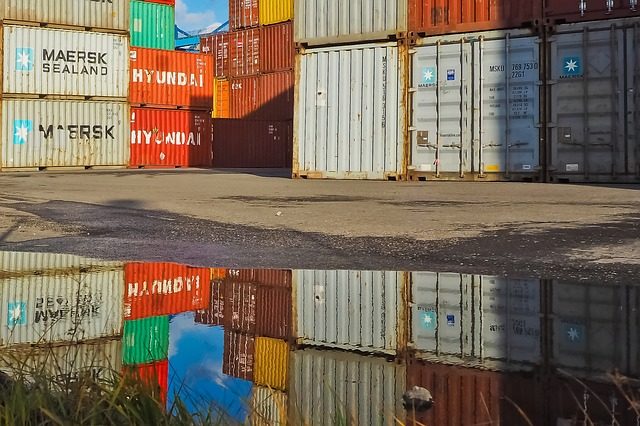 The Bureau of Customs (BOC) has shortened the time in which it declares shipments as abandoned—from 30 days to 15 days. The move is meant to address high utilization at port terminals and further reduce the number of overstaying containers.

In a memo dated January 22, Management Information System and Technology Group (MISTG) deputy commissioner Jeffrey Ian Dy said “goods shall now be tagged abandoned upon the failure to lodge an entry within 15 days from the date of discharge of the last package from the vessel or aircraft.”

After the entry is lodged, the goods shall be tagged abandoned if the importer fails to make the final payment within 15 days from the date of final assessment.

In keeping with Sections 1129 (b) and 1129 (c) of CMTA, this period for filing an entry may be extended on valid grounds for another 15 days upon request by the stakeholder, provided the request is made before the original 15-day period expires.

Due to system limitations, however, if a request for an extension in filing an entry is granted, the goods will not be tagged as abandoned in the e2m pending final assessment; district collectors are thus advised to monitor the lapse of the 15-day extension.

To further lower high utilization of ports, particularly in Manila, Guerrero said BOC is also fast-tracking the processing of alerted shipments to minimize their stay inside terminals. Last December, Guerrero through Customs Memorandum Order (CMO) No. 27-2018 ordered all pending alerted or specially stopped goods or shipments should go through x-ray and spot-checking instead of a complete physical inspection.

But a complete physical inspection is still warranted if reasonable grounds are found after an x-ray exam. CMO 27-2018 said the new policy “mitigate(s) the increasing delay in the examination of goods and/or shipments in all districts/ports, covered by pending alert orders and special stops, causing port congestion, unnecessary costs on the part of the government, and economic losses both on the part of the government and private sectors.”

This month, Guerrero also ordered all BOC officials to strictly implement the provision on implied abandonment of the CMTA, citing the move as another effort “to address port congestion and to improve revenue collection.”

He said that with these measures, yard utilization of Manila port has improved from the previous 90% to 85% to 88%, and is “still going down.” Utilization of Manila international terminals and offdock container yards in Metro Manila has been high for several months now, affecting the flow of goods and prompting stakeholders to seek intervention by government.

Guerrero said he is also set to discuss with the Department of Transportation other proposed actions to address high port utilization, including changing the reckoning period for the 90-day regulation on free stay of containers in the country to ensure empty containers are evacuated immediately.

The draft rule, which implements certain provisions of the CMTA, specifically orders the re-export of a container after 90 days, with the count starting from the date of discharge of the last container from the vessel. This is against the current practice of basing the 90-day dwell time from the date in the equipment interchange receipt (EIR).

BOC earlier explained that shipping lines—which own the containers—are generally compliant with the 90-day period if the reckoning is based on the EIR. But in reality, the container’s dwell time is longer than 90 days if the period from the discharge of the last container from the vessel to the issuance of the EIR is also taken into account.

Under the law, if a foreign container exceeds the 90-day dwell time, it will be considered an importation and levied duties and taxes.

This order has yet to be issued.

Also, BOC will regulate container yards to ensure the 90-day rule is followed.

BOC Assessment and Operations Coordinating Group deputy commissioner Atty. Edward James Dy Buco said that under the CMTA, BOC has the authority to supervise and regulate third parties, which include container yards, as defined in Section 1226 (Supervision and Regulation of Third Parties). A draft customs administrative order implementing this policy is awaiting approval by BOC’s mother agency, the Department of Finance.

In a separate press release on January 25, BOC said Guerrero, in a meeting with the Philippine Chamber of Commerce and Industry, said Asian Terminals Inc., which operates Manila South Harbor, has already transferred empty containers to Batangas port last January 14.

For Manila International Container Port, district collector Erastus Sandino Austria discussed the short-term and medium-term solutions to alleviate the current high yard utilization. He also mentioned that in MICP the yard utilization has been reduced by 10 percentage points to an average of 85% from a high average of 95-97%. Import dwell time has also been reduced and the numbers continue to slide back down to internationally accepted standards, BOC said. – Roumina Pablo