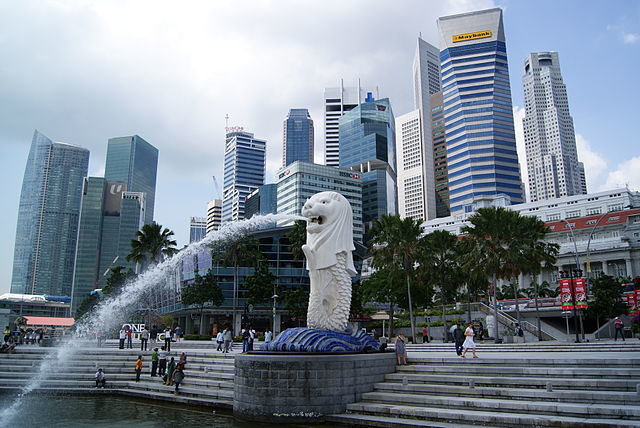 The deal was signed on October 19 on the sidelines of the 12th Asia-Europe Meeting Summit in Brussels, Belgium, according to a statement from Singapore’s Ministry of International Trade and Industry (MITI).

The EUSIPA was signed by Minister for Communications & Information and Minister-in-Charge of Trade Relations S Iswaran for Singapore, as well as Permanent Representative of the Republic of Austria, Presidency of the Council of the European Union Nikolaus Marschik; and EU Commissioner for Trade Cecilia Malmström for the EU.

Iswaran said, “This is the first free trade agreement between the EU and an ASEAN country, and reflects the EU’s continued interest in engaging ASEAN and anchoring its presence in the region. Both agreements serve as building blocks towards an eventual EU-ASEAN FTA, paving the way for future region-to-region cooperation.”

The EU and Singapore will now work to ratify both agreements, which will be sent to the European Parliament for approval. Once approved, the EUSFTA can be ratified and entered into force. As a “mixed agreement,” the EUSIPA will additionally be sent to the regional and national parliaments of the EU member states for approval before it enters into force.

According to MITI, when the EUSFTA enters into force, EU and Singapore companies will benefit from greater market access across many sectors, increased government procurement opportunities, and the progressive elimination of tariffs on exports into Singapore and the EU, among others.

The EUSFTA will also provide for liberal and flexible rules of origin (ROO) for the EU’s and Singapore’s key exports to each other’s markets including automobiles, chemicals, clothing and textiles, electronics, machinery, pharmaceuticals, and petrochemicals. Notably, the EUSFTA will incorporate the concept of ASEAN cumulation for Singapore’s key export interests. This means that materials sourced from ASEAN member states would be deemed as originating from Singapore when determining whether such exports can qualify for tariff concessions.

The EUSFTA is the first bilateral FTA where Singapore has secured enhanced market access for Asian food products made in Singapore, such as lap cheong (dried Chinese sausage) and roti prata (Indian flat bread). These can enter the EU tariff free under flexible ROOs, up to a combined quota of 1,250 tonnes annually.

Unnecessary technical barriers to trade (TBT) for Singapore and EU exporters which sometimes make it difficult for companies to sell their products in different markets will be removed.

The EUSIPA will enter into force after it has been approved by the regional and national parliaments of the EU member states. This is expected to take around two to three years after the signing.

As this developed, the European Community Shipowners’ Association (ECSA) said it was pleased with the signing of the landmark agreements.

“European shipowners welcome the fact that the EU and Singapore show their commitment to free, fair and rules-based trade at a time that protectionism is on the rise,” said ECSA’s Secretary General Martin Dorsman in a release October 22. “The EU-Singapore FTA text contains the liberalization principles of international maritime transport services.”

“Shipping needs global trade to exist and global trade cannot exist without an efficient shipping industry. Southeast Asia is a key partner for European shipping companies with Singapore being the EU’s largest ASEAN partner, accounting for almost one third of EU-ASEAN trade in goods and services,” Dorsman added.

Last week another important step in the EU-ASEAN trade cooperation was taken when the European Commission adopted the EU-Vietnam trade and investment agreements and presented them to the Council for its approval.

“ECSA welcomes as well this development as Vietnam is an important partner for the shipping sector, being the EU’s second largest ASEAN trading partner,” said Dorsman.

“European shipowners look forward to the quick ratification by the European Parliament of the EU-Singapore agreement so it can enter into force before the end of the current mandate of the European Commission in 2019. Also the Council is called upon to swiftly approve the EU-Vietnam agreement.”