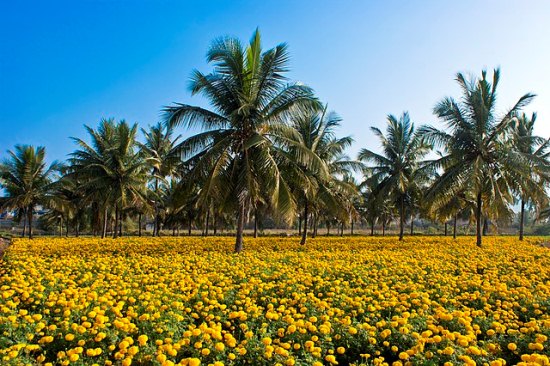 Global trade in food will be resilient and world output will increase this year despite the ongoing pandemic, but food commodity prices are also set to remain high amid supply and demand uncertainties, said the UN Food and Agriculture Organization (FAO) in a new forecast.

The Food Outlook report released this month said recent data belies widespread predictions at the onset of the COVID-19 pandemic of a collapse in global market. In fact, global trade flows have continued to reach new highs, with trade in agricultural products—particularly less perishable foods—performing more robustly than the broader merchandise sectors during the ongoing crisis.

The report found that the average worldwide consumer price of protein in May 2021 was 23% above its May 2020 level. Calories, in prices, meanwhile, were up 34% year-on-year and hit their highest level since February 2013.

“The difference reflects stronger price rises for wheat, coarse grains and vegetable oils compared to meats, dairy products and fish,” it pointed out.

The FAO expects world output of the major food commodities to increase in the year ahead, except for sugar.

A tight market outlook for oilseeds and derived products is expected for 2020/21, with resumed growth in production foreseen insufficient to satisfy world demand. Tentative forecasts for 2021/22 suggest a slight improvement in the global supply-demand picture, including moderate stock replenishments.

Despite a record 2021 global production, as currently expected, coarse grains stocks are forecast to fall below opening levels for the fourth consecutive season. Robust demand and tight supplies are expected to sustain elevated international price levels.

Early prospects for 2021/22 point to global rice production and utilization reaching new peaks, while stocks remain ample. International trade is forecast to expand in 2021, although smaller Asian imports may stall trade growth in 2022.

Despite the many challenges facing meat value chains, world meat output in 2021 is forecast to expand, reflecting an anticipated rebound in meat production in China. Global meat trade is seen heading towards a stagnation, with higher trade in bovine and poultry meat offsetting a contraction in trade of pig and ovine meat.

World production of sugar in 2020/21 is forecast to decline for the third consecutive year and fall short of global consumption. World trade in sugar is foreseen to contract slightly because of reduced availabilities in key exporters.

Global milk production in 2021 is forecast to increase at a steady pace, despite the likely dampening effects of the COVID-19 pandemic on output in some key producing countries. Global trade in milk products is foreseen to rise in 2021, with a higher import concentration in Asia.

World fish output is expected to rebound and price rises are likely, due to recovering demand from restaurants after a year of COVID-19-associated restrictions. Retail market gains and stricter sanitary procedures are among the many changes forced by the pandemic and expected to persist in the longer term.

The UN agency said global food and agricultural exports grew by almost $52 billion in 2020 from the year before, a 3.2% annualized expansion, with developing countries accounting for around 40 of the increase.

And in 2021, prospects are for the value of global agricultural trade, measured by exports, to increase by 8%, or $137 billion. Much of that growth reflects demand from East Asia, although the composition of the import basket there is expected to change significantly due in large part to the recovery of China’s livestock sector.

It is developed countries that are again expected to meet the rise in world food demand in 2021, more dominantly than was the case in 2020. The FAO noted that developed countries’ share of the global export expansion in 2021 amounts to 57%, compared with a 59% share in the expansion last year.

More generally, the FAO expects global demand for commodities that tend to be more “income-elastic” to significantly rebound, especially beverages and fish. “Last year’s sharp decline of $20 billion in import expenditures registered for both product groups combined could turn into positive territory in 2021, with an increase of $21 billion foreseen,” it added.

However, it cautions that growth in export revenues and import expenditures must be put in the context of sharply rising prices and as such may not reflect actual increases in demand, measured by import volumes.