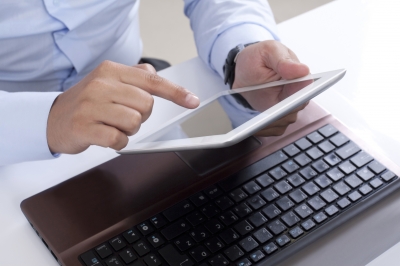 Stakeholders of the Bureau of Customs (BOC) transacting with Port of Manila (POM) can now monitor the status of entry documents submitted to the Formal Entry Division (FED) using the Status Verification System (SVS).

The BOC is introducing new systems at the POM such as a queuing and a status verification system in an attempt to improve operations and stop corruption at the agency.

BOC-POM is currently testing a first-come-first-served-basis queuing system at its FED, designed to prevent examiners and customs brokers from colluding or resorting to bribery as a way to fast-track processing of shipments, Customs Commissioner Isidro Lapeña said in a press conference on October 30.

A load balancing system for examiners, which means that whoever is present will be given an assignment, is also being implemented. Under this scheme, any examiner may be assigned to any shipment, eliminating the chance for collusion between examiners and customs brokers and importers.

This, the customs chief said, has decreased the processing time to only two hours from half a day previously.

Lapeña said a corresponding memorandum order will be issued once the operational testing of the queuing system is done. The new system will also be implemented in other ports, with Manila International Container Port (MICP) next in line.

The queuing system will replace 15 sections of the FED. According to Lapeña, these 15 FED sections at the Port of Manila and MICP will be removed to lessen face-to-face transactions and familiarity between customs examiners and appraisers, customs brokers, and processors, and to prevent any possible collusion.

BOC has also executed a new status verification system which entails placing two kiosks at the Port of Manila to allow processors to check the status of their shipments.

Under the new system, users just need to input the entry number to see the status of their cargoes and check the missing documents they must provide. BOC noted that this can also help processors see if they are being asked unnecessary requirements. Currently, users can also check the consumption entries, but BOC has bared plans to improve this system.

SVS has a tracking system that can identify the current status of the entry documents as well as the timeframe to complete the processing.

Under the SVS, valuation of imported goods can be monitored once the examiners or appraisers input the data in the system, whether the particular shipment was benchmarked or grossly undervalued.

BOC Port of Manila officer-in-charge Atty. Ernelito Aquino, during the same press briefing, said that with the status verification system, processors will no longer have to chase examiners in order to check how their shipments are doing.

The BOC chief also noted improvements in the processing of the registration of importers and customs brokers by the agency’s Account Management Office (AMO), which is also implementing a queuing system.

Processing of applications, as long as required documents are complete, now only takes two hours. This is in contrast to the five-day processing time ordered by Lapeña and to the previous weeks and months of waiting time that had been experienced by applicants.

He also noted that under the new AMO chief, Melvin Estoque, what used to be 1,200 pending applications are now down to just around 400.

Image courtesy of Goldy at FreeDigitalPhotos.net