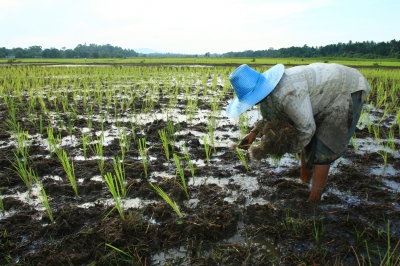 The Philippines has identified key priority measures for the country as it pushes for inclusive globalization during the recent 11th World Trade Organization (WTO) Ministerial Conference (MC11) in Buenos Aires, Argentina.

Trade and Industry Secretary Ramon Lopez, who headed the Philippine delegation to the MC11, said in a speech during the conference that the Philippines remains committed to contributing to the effective functioning and enhancement of the multilateral trading system, particularly to promoting sustainable and inclusive development for all.

He also reiterated President Rodrigo Duterte’s pronouncement to make Philippine economic growth more inclusive by ensuring that the multilateral platform makes inclusive globalization front and center of the WTO agenda. This is possible through a conscious effort to empower and capacitate the weak and spread the gains to those who have less, he noted.

The second priority is the improvement of disciplines to protect the domestic agricultural sector through a special safeguard mechanism (SSM) for agriculture. Lopez said the SSM would allow developing countries to temporarily increase tariffs on agricultural products in cases of import surges or price drops.

“It prevents irreversible injury to very vulnerable farmers against price volatility. It also serves to balance large subsidies given to agricultural products in rich countries,” he added.

Lopez also pointed out that while trade ministers have been mandated to discuss and negotiate the SSM since 2004, discussions have not progressed, thus denying poor farmers the choice of availing for themselves even temporary protection.

The third priority concerns outcomes leading to greater participation in international trade for micro, small and medium enterprises (MSMEs), particularly those based in developing countries.

“The Philippines places great importance on the role of MSMEs in promoting inclusive growth. We need to ensure that even among MSMEs, competition needs to be fair among them. This can be facilitated by discussing the need to align the comparable definition of MSME enterprise size, so that we level the playing field as we discuss various interventions for MSMEs,” Lopez said.

“If we are to make globalization truly inclusive, as emphasized by President Duterte, we have to ensure that MSMEs are empowered and upgraded to enable them to participate in the global value chain,” he said.

In addressing these three priorities, Lopez reaffirmed the importance of continuously upholding the Doha Development Agenda (DDA), and preserving its basic principles while advancing the objectives underlying the multilateral trading system.

DDA, which was officially launched in 2001 during the Fourth Ministerial Conference in Doha, Qatar, aims to reform the international trading system by lowering trade barriers and revising trade rules. The work program covers about 20 areas of trade, with the fundamental objective to improve the trading prospects of developing countries.

MC11, held from December 10 to December 13, was attended by ministers and delegates from the 164 member countries of the organization.

Image courtesy of foto76 at FreeDigitalPhotos.net