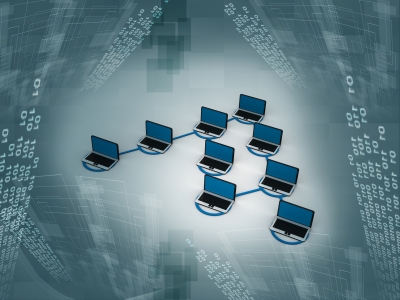 The software for the Philippine government’s online trade facilitation portal, TradeNet, has been delivered and is now undergoing procedures in preparation for going live in July 2018.

The TradeNet software was delivered by the Department of Information and Communications Technology (DICT) to the Department of Finance (DOF) last December 15, according to a reliable PortCalls source from the finance department, which spearheads the project.

Since it will be a globally available system, the software will be subjected to comprehensive security hardening processes for at least 60 days, said the source, who is involved in the project. Hardening helps minimize security vulnerabilities by eliminating as many security risks as possible from the system.

DOF will involve the private sector sometime February in comprehensive functional tests, while regression testing and optimization will be performed in April.

If all goes according to schedule, the system will go live in July, the source said.

The source clarified that TradeNet is not a customs system but an operations management platform for all things related to trade facilitation. TradeNet will serve as the operations system when it comes to the issuances of import/export-related clearances and permits across all regulatory, oversight, law enforcement, and border protection agencies.

TradeNet will also serve as the country’s National Single Window (NSW), a prerequisite to connect to the Association of Southeast Asian Nations (ASEAN) Single Window (ASW), a regional initiative to speed up cargo clearance and promote economic integration by enabling the electronic exchange of border documents among the organization’s 10 member-states.

The source noted that TradeNet is now being tested for compatibility with ASW. Currently, Thailand, Singapore, Vietnam, Malaysia, and Indonesia are connected to ASW. Other member states are fast-tracking their own NSWs and connectivity to the ASW platform, expecting to come on board from December 2017 onwards.

DOF earlier said that seven types of commonly traded commodities will be the first batch to be covered when TradeNet is rolled out. These are rice, sugar, used motor vehicles, chemicals (toluene), frozen meat, medicines, and cured tobacco.

Finance Undersecretary Gil Beltran earlier said 16 agencies involved in processing the trade permits of the seven commodities are scheduled to be connected to TradeNet before the rollout. These include the Bureau of Animal Industry, National Tobacco Administration, Fair Trade and Enforcement Bureau, National Food Authority, Bureau of Plant Industry, Food and Drug Administration, National Meat Inspection Service, Bureau of Internal Revenue, and Bureau of Customs.

Other goods will be progressively placed on board TradeNet as other trade regulatory agencies get connected to the system, until all 66 agencies and 10 economic zones are linked. – Roumina Pablo