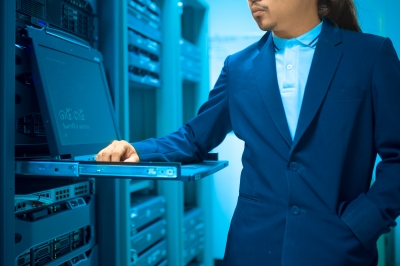 The Philippines has yet to disclose a new target date for linking up with the Association of Southeast Asian Nations (ASEAN) Single Window (ASW) even as more peers in the ASEAN have indicated their own target dates for connecting to the platform that went live earlier this year.

The Philippines failed to join the ASW live operations in the second quarter of this year.

According to the United States-ASEAN Connectivity through Trade and Investment (US-ACTI), the ASW has been operating since March 2016, with Indonesia, Malaysia, Singapore, and Thailand  now exchanging live data of certificates of origin (COs). The CO is a key trade document that allows goods from the originating country to benefit from reduced duties under the ASEAN Trade in Goods Agreement (ATIGA).

Vietnam commits to join the ASW live operation as soon as the protocol for the legal framework to implement the ASW is ratified by all member states. Vietnam, which had confirmed in mid-2014 its intention to join the project, took only about six months to prepare and configure its National Single Window (NSW), a prerequisite to joining the ASW.

Brunei Darussalam, which like the Philippines expressed intentions to join the ASW in the second quarter of 2016, is currently working with other member states to start the testing phase, with the aim of joining the live operation by October 2017.

The rest of the member states are expediting the development of their NSW and connectivity to the ASW platform, expecting to come on board starting December 2017 onwards, US-ACTI said.

Interconnection with the ASW requires an operating NSW. However, the Philippines’ NSW Phase 2 project cannot proceed because of a temporary restraining order (TRO) issued against its bidding out. The bidding was supposed to be conducted by the Bureau of Customs (BOC) and the Department of Budget Management-Procurement Service.

The Supreme Court (SC) early this year issued a TRO against the injunction issued by the regional trial court cancelling the project’s bidding in 2015. The Department of Finance last August said it will follow what the courts order, while BOC has already filed a case questioning the TRO.

PortCalls, as of press time, is still waiting for BOC’s response regarding an update on the case.

Another concern is that not all of the more than 40 trade regulatory government agencies of the Philippines are connected to the NSW, further complicating matters.

The ASW is a regional initiative that connects and integrates NSWs of member states. As a result of exchanging the COs (or e-ATIGA) online, enhanced NSW systems using dashboards allow traders to see time-stamped e-ATIGA live data in real time, which reduces cost by doing away with face-to-face inquiry in getting preferential rates. Further, data analytics are also being used for online informed decision-making, which was demonstrated by Indonesia in a public forum.

US-ACTI said stakeholders have further achieved progress in exchanging export information data (ACDD) to support member states’ risk management systems as well as the exchange of electronic sanitary and phytosanitary certificates (e-SPS) starting next year. The sanitary and phytosanitary certificate plays a key role in ensuring the health and safety of perishable commodities traded in ASEAN.

Similarly, US-ACTI is assisting member states in addressing the issue of operational sustainability of the ASW as well as training the ASEAN Secretariat staff to competently operate the ASW prior to handing over the ASW platform to member states by April 1, 2017. – Roumina Pablo

Image courtesy of cookie_cutter at FreeDigitalPhotos.net