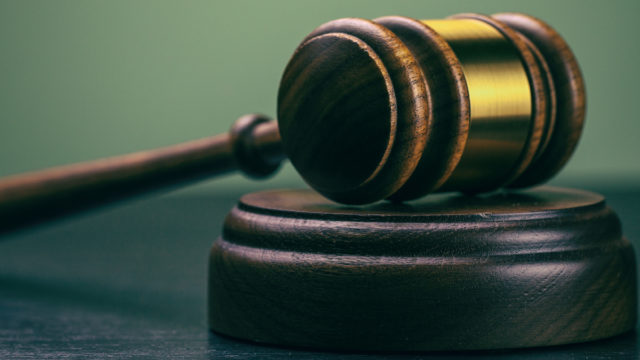 A new edition of A Handbook on the World Trade Organization (WTO) Dispute Settlement System, co-published by the WTO and Cambridge University Press, was issued recently. Prepared by dispute settlement lawyers from the Legal Affairs Division and the Rules Division of the WTO Secretariat and from the Appellate Body Secretariat, this handbook provides practical information about the day-to-day operation of the WTO’s dispute settlement system.

The WTO dispute settlement system has, in a little over 20 years, become one of the world’s most dynamic, effective and successful international systems for dispute settlement. WTO Director-General Roberto Azevêdo has described it as “unquestionably one of – if not the – most active international adjudicatory systems in the world. And it still operates faster than any other.”

A Handbook on the WTO Dispute Settlement System offers a comprehensive account of existing jurisprudence concerning WTO dispute settlement procedures and explores the common practices that have arisen in WTO dispute settlement since the Agreement Establishing the WTO entered into force. The publication acts both as a guide to those looking to become acquainted with the system and as a reference tool for experienced professionals who wish to gain a deeper understanding of some of the more complex procedural aspects of the system.

The Handbook provides a thorough roadmap of the WTO dispute settlement system, outlining its overall purpose, the phases of a WTO dispute, the roles of various parties in the dispute settlement process and the avenues available to these parties during the compliance phase of a dispute. It further highlights how the procedures provide special and differential treatment to developing countries.

The Handbook covers over two decades of panel and Appellate Body jurisprudence on dispute settlement procedures. It also includes guidance on standard practices for notifying a dispute, templates for working procedures, timetables for various types of panel proceedings, the procedural rules contained in WTO agreements, timelines for WTO disputes, and statistical data on WTO disputes.

In addition, the Handbook highlights current procedural issues arising in WTO dispute settlement. These include issues such as the order of analysis of claims and defence, the burden of proof, rules on evidence, enhanced third-party rights, preliminary and other procedural rulings by panels and the Appellate Body, rules of interpretation and sequencing agreements.

French and Spanish versions of the Handbook will be published in the coming months. – WTO