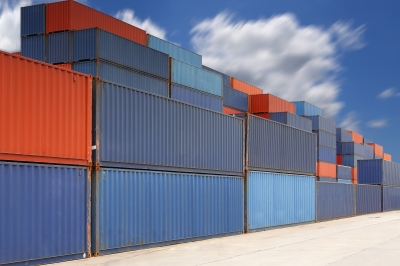 More container shipments will be classified under the Philippine Bureau of Customs’ (BOC) red lane selectivity system, with all of these shipments now required to undergo 100% x-ray inspection.

Industry reaction to the new measure is varied, with some fearing a cargo buildup and port congestion and others saying the stricter safeguard is a “normal reaction” to prevent smuggling.

In a memorandum dated September 26 and signed September 29, Customs Commissioner Isidro Lapeña said the mandatory 100% x-ray inspection of all shipments directed to the red lane is designed to “safeguard the revenue collection efforts of the bureau” and is “part of the intensified campaign against smuggling and other forms of violations of the Customs Modernization and Tariff Act and other related laws.”

In the same memo, he raised the threshold for containers that must go through the red lane daily to 80% from 20%. The order took effect immediately.

Lapeña ordered the BOC Risk Management Office (RMO) to coordinate with the Management Information System and Technology Group (MISTG) in updating the selectivity system to “ensure that all shipments under the red lane are tagged for x-ray, and to adjust the selectivity screen threshold with 80% selection for red lane.”

RMO is the office that handles the BOC selectivity system, the procedure that classifies shipments as low-, medium-, or high-risk based on several “flags” or categories.

Previously, shipments directed to the red lane (high risk) comprised only 20% of the daily total of cargoes, while 60% were tagged under the yellow lane (medium risk) and 20% under the green lane (low risk).

Shipments tagged under the yellow lane undergo documentary review; and those under the green lane are released with neither review nor inspection.

As of press time, Asia Customs & Trade is still waiting for BOC’s response if MISTG has already implemented Lapeña’s instruction.

Last August 31, Lapeña also suspended the green lane facility to allow a review of the selectivity system. This means that shipments are now tagged either under the red or yellow lane. The suspension followed congressional inquiries on why a shipment of methamphetamine hydrochloride (shabu) worth P6.5 billion was directed to the green lane, thus eluding BOC detection. Lapeña said he will lift the green lane suspension once signs of port congestion appear.

The changes in BOC’s selectivity system do not affect the Super Green Lane, the facility that allows advance processing and clearance of shipments for qualified importers.

In a press conference on September 28, Lapeña said he wants more cargoes to undergo x-ray inspection to prevent contraband from entering the country.

In an earlier briefing, Lapeña said they intend to increase the number of containers undergoing daily x-ray inspection from 130 to 300. He said that he has ordered the use of two more x-ray machines that are on stand-by, and that the agency intends to acquire more x-ray machines.

Recently, he also ordered the mandatory x-ray inspection of all shipments bound for and consigned to customs bonded warehouses as one of the agency’s measures to stop smuggling and prevent corruption.

Chamber of Customs Brokers, Inc. president Atty. Ferdinand Nague, in a phone interview with Asia Customs & Trade, said the new directive may lead to a build-up of containers inside the port and result in congestion unless additional x-ray machines are installed and personnel deployed 24/7 to assure continuous flow of shipments.

Instead, Nague suggested that BOC follow its risk management system and only direct shipments to the red lane from high-risk countries, if they contain high-risk commodities, and are consigned to sole proprietorships.

Shipments of importers with clean records should also not be directed to the red lane, he said.

Association of International Shipping Lines (AISL) general manager Atty. Maximino Cruz, in an email to Asia Customs & Trade, said the “institution of stricter safeguards” is a “normal reaction (by) any government official to prevent recurrence” of incidents such as the P6.4-billion shabu shipment that slipped past the BOC.

Already, he said, “shipping lines are… expecting a drastic policy shift as an offshoot of the apprehension.”

“Increasing the threshold of red lane shipments from 20% to 80% and subjecting them to x-ray examination is one such measure. In critical times, there comes a point that it would be extremely difficult to reach a happy balance between trade facilitation and Customs control,” Cruz explained.

The AISL executive added, “We are confident that once Commissioner Lapeña comes up with the right formula to effectively curb smuggling, things will begin to normalize.”

“We just have to give him some time to adjust. And I think stakeholders should also understand the tremendous challenge he is up against. Being a Customs Commissioner is one hell of a job. You are putting your career and life on the precipice. At this point in time, it is not the right time to criticize. Let’s first see how he does his work. And then let the stakeholders judge his performance later on.” – Roumina Pablo

Image courtesy of sailom at FreeDigitalPhotos.net