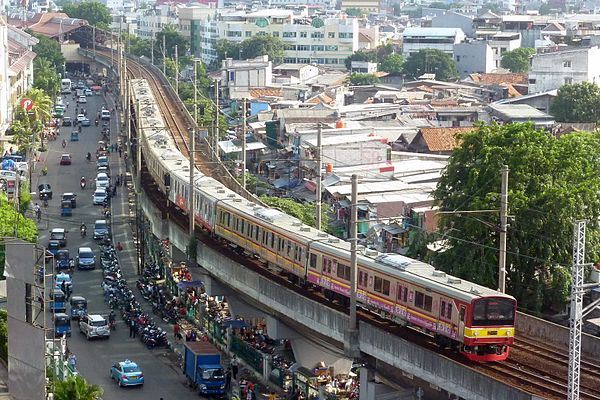 The economy of Indonesia, Southeast Asia’s largest economy, grew 5.27% year-on-year in the second quarter of 2018, slightly higher by 0.26 percent than in the same period last year, according to the Central Bureau of Statistic.

According to the statistics bureau, the bullish growth in the second quarter of 2018 was mainly contributed by the service sector, which grew 9.22%; corporate profits, which grew 8.89%; and transportation-warehousing, which grew 8.59%.

The non-oil and gas processing industry had the highest growth at 0.84%; followed by retail sector and automobile reparation, each at 0.69%. Agriculture, forestry, and fisheries sectors contributed 0.64%; construction contributed 0.55%; and transportation-warehousing 0.35%.

“Non-oil and gas processing industry had been bullish, particularly in food and beverage, textile and apparel, as well as leather and latex production,” Suhariyanto noted.

From the expenditure side, consumption of nonprofit institutions serving households (NPISHs) had the highest contribution, at 8.71%; followed by goods and service export, at 7.7%; and gross fixed capital formation (GFCF), at 5.87%.

“NPISHs is strengthened by political campaigns and regional elections in 171 provinces and districts, as well as legislative elections and other nationwide political activities,” he noted.

“The 5.27 percent of economic growth was driven by the holy month of Ramadan and Eid festivities, where household expenditure increased, especially in restaurants and hotels, food and beverage, other than restaurant, as well as transportation and communication,” Suhariyanto said.

Kalimantan Island contributed 8.05% to GDP, followed by Maluku and Papua islands, the last two islands achieving the highest growth in this period.

Indonesia’s GDP in the second quarter reached IDR3,683.9 trillion (around US$250 billion), said the agency.