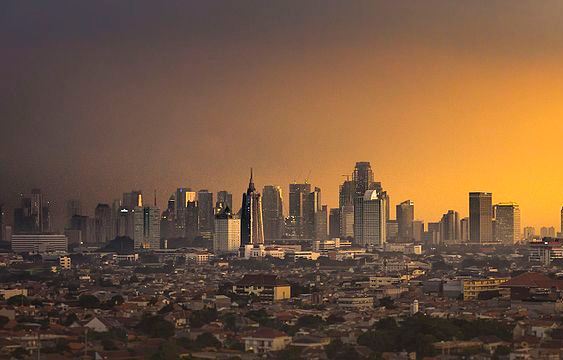 Indonesia registered its highest economic growth in four years in 2017, as the country looks ahead to a positive outlook in 2018-2020, a new World Bank report says.

The stronger outturn was partly due to stronger investment and net exports, lifted by continued recovery in commodity prices as well as strong global growth and international trade flows, said the report.

Indonesia’s real GDP growth picked up to 5.2% year-on-year in the fourth quarter of 2017 from 5.1% in the previous quarter, driven by higher domestic demand, in particular stronger investment. Private consumption growth also strengthened marginally, partly due to consumer price inflation easing in Q4.

Export and import growth in the fourth quarter moderated from a peak in the third quarter and remained robust due to a sustained recovery in global trade and commodity prices.

Net exports, however, were a drag on growth in the fourth quarter, partly reflecting higher investment in machines and equipment and associated imports of capital goods.

On the production side, growth in manufacturing accelerated, while construction and other services sectors saw the fastest growth.

“But to meaningfully accelerate investments outside the mining sector, Indonesia needs to consider putting together a bold and impactful mixture of policies that will open the economy.”

Real GDP growth is projected at 5.3% in 2018. However, the forecast faces risks if global trade slows along with growth of domestic private consumption, which constitutes over half of the country’s GDP.

“The economic outlook continues to be positive with GDP growth projected to reach an average of 5.3 percent in the period 2018-2020,” said the World Bank.

“Although the tailwinds from commodity prices are expected to wane and eventually turn to headwinds, the momentum in import-intensive investment growth is expected to continue in the near term.”

In light of the strong domestic demand, contribution from net exports is expected to be muted as terms-of-trade decline and import growth strengthens.

Imports will also be facilitated by the ongoing streamlining of import processes.