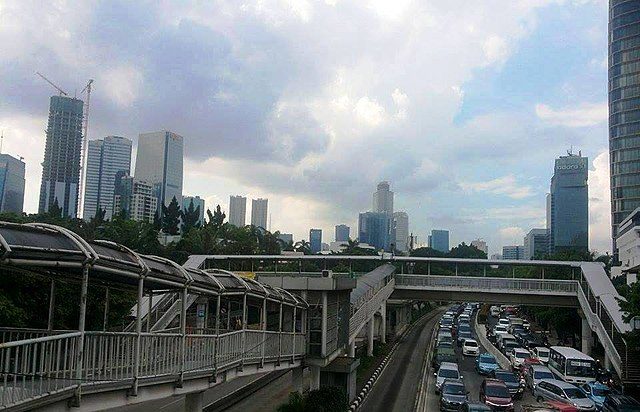 The outlook for Indonesia’s economy continues to be positive for the rest of the year, with GDP growth projected to reach 5.2% in 2018 on stronger domestic demand, according to a new World Bank forecast.

The Indonesian economy continued to expand at a robust pace in the first quarter of 2018, lifted by strong investment, said the World Bank’s June 2018 Indonesia Economic Quarterly released recently. Real GDP growth edged down to 5.1% in Q1 2018, slightly less than the 5.2% in Q4 2017.

High global commodity prices have spurred higher investment, especially in machine, equipment and vehicles, leading to the fastest growth in gross fixed capital formation in more than five years. Higher growth in machinery investment also led to a further pickup in imports, which grew more than twice the pace of exports, and acted as a drag on growth.

Risks to the outlook are heavily tilted to the downside amid the tightening monetary conditions and bouts of financial volatility centered around other more vulnerable emerging economies.

“Indonesia’s sound macroeconomic fundamentals continue to provide a solid buffer against rising global volatility. Sound economic management has kept inflation in check and debt levels at about only half of the legal threshold,” said Rodrigo A. Chaves, World Bank country director for Indonesia and Timor-Leste.

“Looking forward, however, Indonesia’s progress will depend on crucial structural policies such as those seeking to provide the population with the right skills for the future.”

While schooling attainment has grown significantly, student learning remains below the levels of other countries in the region, compromising Indonesia’s competitiveness in the global economy, according to the report.

“More educational reforms are needed urgently to significantly enhance the quality of learning by all students. With a large number of teachers retiring in the next decade, there will be a crucial opportunity to upgrade Indonesia’s teaching force,” said Frederico Gil Sander, lead economist for the World Bank in Indonesia.

“Only with sustained efforts to improve the quality of learning outcomes, graduates of secondary and tertiary education will have the necessary skills to find jobs in a changing labor market,” he added.