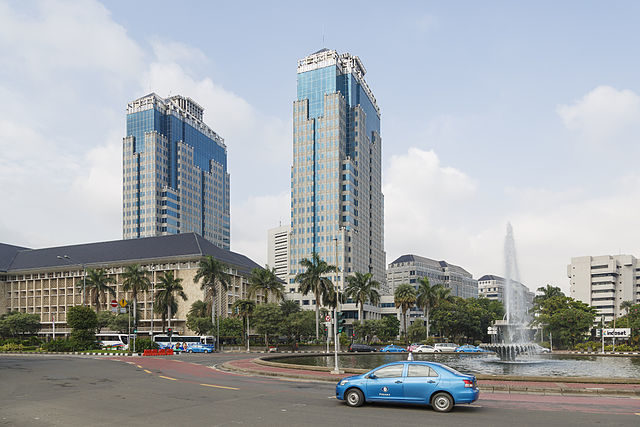 The Indonesian government is now assessing the potential impact of the intensifying trade conflict between the United States and China with a view to improving Indonesia’s export structure and promoting a stronger regional economic integration to minimize the fallout.

“Indeed, this trade war will come into force next month, and from now on, the minister of economy has the opportunity to evaluate what the pros and cons are. We will examine its impact to avoid negative ones,” Vice President Jusuf Kalla said June 26.

Saying that the trade conflict between the two superpowers will affect Indonesia, he cited the need to examine the extent of the impact on the economy and the opportunities that can be utilized from the situation.

Earlier, Indonesia’s senior economist Mari Elka Pangestu said the phenomenon of protectionism and the possibility of a trade war are becoming the topics of conversation nowadays, as they are seen to disrupt world trade, especially involving the markets of traditional countries.

She said the regional economic integration of Asian countries can help outweigh protectionism since the region contributes 40% to the world economy.

“Because if the Asian countries grow, then it will also contribute to the growth of the world economy,” Pangestu said.

“We have to prepare a policy both on industry and natural resources to improve our export performance,” Darmin said.

He said Indonesia has to look for any opportunity open in the trade war, adding the country can’t afford to remain passive in a situation that threatens the country’s economy.

He said the country has to improve its trade performance, and cut the current account deficit, which has been one of the causes of rupiah depreciation.

Meantime, a legislator of the Prosperous Justice Party (PKS) opined that the European Union can offer an opportunity and provide a solution to the problem of the US-China trade war.

“(The European Union) offers an opportunity that could be developed, especially in the economic field, to come out of the trap of the US-China trade war,” Handi Risza, PKS secretary, noted.

Europe is one of the influential investors in Indonesia, so the opportunity should be utilized by the Indonesian government, he explained.

So far, the impact of the trade war threat on Indonesia is still not felt, said the news report. In fact, Indonesia’s trade with the U.S. and China continues to increase.

The value of non-oil and gas exports to the United States amounted to $143.4 billion, up 10.03% compared to the preceding month.