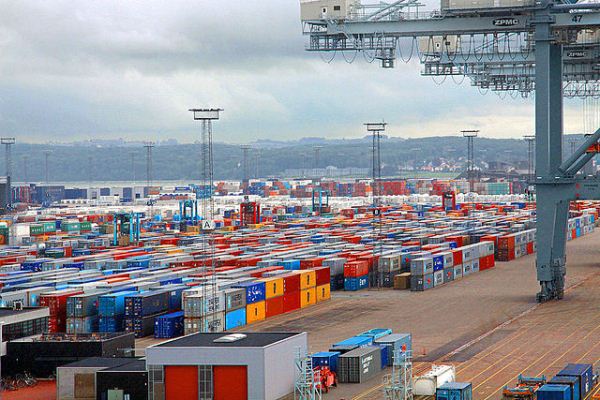 Research from the International Monetary Fund (IMF) shows that bilateral trade balances are affected largely by macroeconomic factors, and less by tariffs.

In a new blog post, IMF said that over the past two decades, most of the changes in bilateral trade balances—the difference in the value of exports and imports between two countries—were explained by macroeconomic factors.

These factors include fiscal policy, demographics, and weak domestic demand. They may also include exchange rate policies and domestic supply-side policies, like subsidies to state-owned enterprises or to export sectors.

In contrast, changes in tariffs played a much smaller role in influencing trade balances, said IMF.

Changes in tariffs played a smaller role, reflecting their already low levels in many countries and the fact that reciprocal tariff reductions had offsetting effects on bilateral trade balances.

Imposing a bilateral tariff on a trading partner is also ineffective to address aggregate trade imbalances (that is, the sum of a country’s bilateral trade balances with all its trade partners) because consumers will just switch their demand to other trading partners that face no tariffs.

But this doesn’t mean that tariffs don’t matter, said the post. Increases in tariffs would particularly hurt output, jobs, and productivity. And the integrated nature of the current global trade system suggests that a sharp increase in tariffs would also impact other countries, creating a ripple effect from one another and leaving the world economy worse off.

The IMF urged policymakers to continue to promote free and fair trade by undoing recently enacted tariffs and enhancing efforts to reduce existing barriers to trade. They should also avoid policies that distort the economy, such as governments stimulating the economy with additional spending when demand is already strong or heavily subsidizing exporting sectors, that create excessive—and possibly unsustainable—imbalances.