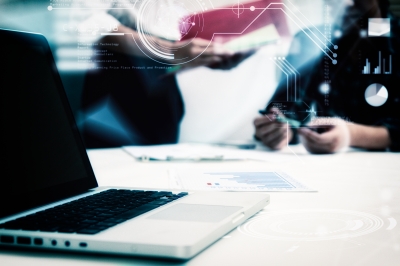 The International Chamber of Commerce (ICC) has released recommendations on rules of origin in preferential trade agreements (PTAs), highlighting the challenges traders and suppliers face due to the lack of coherence among preferential rules of origin requirements across the globe.

The new recommendations were issued this week as customs and business representatives from all over the world convened in Addis Ababa, Ethiopia, to discuss the complexities behind rules of origin at the World Customs Organisation (WCO) Global Origin Conference. With limited progress being made in the Doha round of multilateral trade negotiations, countries are increasingly looking to bilateral and regional PTAs as an alternative. As a result, PTAs have multiplied, with over 400 such deals currently in existence, including “mega-regional” PTA negotiations such as the Trans-Pacific Partnership (TPP) or the Transatlantic Trade and Investment Partnership (TTIP).

This proliferation of agreements has led to confusing and inconsistent market entry arrangements, which are particularly felt by small and medium enterprises (SMEs) that have fewer resources. As new PTAs increasingly overlap existing ones, diverging rules of origin regulations and procedures are becoming a trade barrier along the whole supply chain.

Speaking at the event on behalf of the ICC, Brian Staples said: “Taking concrete steps to standardize the procedural requirements associated with rules of origin in PTAs represents a true win-win trade facilitation initiative. Building on established foundations such as the Revised Kyoto Convention, streamlined origin procedures will lower costs and increase predictability for all parties, especially for SMEs, in developing and developed countries alike.”

WCO Secretary General Kunio Mikuriya said: “WCO welcomes the ICC policy statement on rules of origin in Preferential Trade Agreements that highlights the need to set common standards and procedures for cross border transactions. This goes in line with the recommendations of the Revised Kyoto Convention (RKC) in relation to simplification and harmonization of customs procedures. WCO will pursue its efforts to facilitate legitimate trade through the implementation of WCO instruments and tools.”

Donia Hammami, Head, Customs and Trade Facilitation, International Chamber of Commerce concluded: “Businesses of all sizes find themselves unable to manage the complexity and administrative burden of origin requirement procedures, which gradually form a behind-the-border barrier to trade. Streamlining the certification of procedures will go a long way towards making this easier for traders.”

Governments party to PTA negotiations should streamline rules of origin and origin procedures by following the provisions of the WCO Revised Kyoto Convention, in line with the principles of the World Trade Organisation’s (WTO) Trade Facilitation Agreement (TFA).

The WCO, in close cooperation with the private sector, should develop common procedural principles under PTAs in the spirit of the provisions of the WTO TFA.

4. Insert provisions for the resolution of minor origin disputes in PTAs

Origin disputes under PTAs should not be decided unilaterally by the customs authority of a single trade agreement partner. Instead, PTAs should contain provisions for resolution of such disputes within commercially responsive timeframes.

Governments preparing to enter a PTA should ensure there are capacity building programmes in place prior to entry into force of the Agreement, particularly when dealing with developing and emerging markets.

6. Aim for horizontal global cohesion of PTA rules of origin

7. Align on the starting point for PTA negotiations

Governments should align on the starting point from which to commence negotiations on trade agreements. This would help streamline international trade and ultimately reduce costs for business and consumers.

8. Consider PTAs as steps towards a multilateral agreement