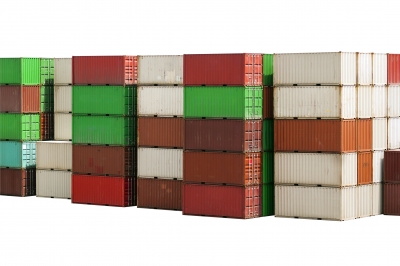 The backlog is caused by containers imported into Cat Lai port from 2014 through 2016 with no one coming forward to receive them. Latest figures from the Customs Branch of Saigon port, Zone 1 showed there were 169 unclaimed imported containers at Cat Lai port that were 90 days overdue.

Of these containers, 130 were found to hold mostly plastic and metal scraps, while the rest contained food products, chemicals, and fabrics, among others, according to a report by Vietnam Customs News.

In addition, Cat Lai port had a backlog of 481 containers of imported used automobile tires that were also 90 days overdue.

The HCM City Customs Department said if the goods were to be destroyed, the cost would be steep and negatively impact the State budget.

Le Thanh Hai, deputy manager of the Customs Branch of Saigon port, Zone 1, said the backlog of unclaimed containers at the port was due to several reasons. For one, many of these shipments were abandoned by enterprises with ineffective operations, losses, or tax debts.

Moreover, some claimants were not eligible to import goods into Vietnam, so they could not apply for the release of their containers.

Other enterprises imported garbage, scraps, and wastes from foreign countries and then abandoned the goods, while a few overseas firms that sent goods to Vietnam by mistake refused to take them back.

There were also goods exported from Vietnam that were returned due to quality issues and the domestic shippers simply abandoned them.

According to the HCM City Customs Department, many of these cargoes are on the list of prohibited imported goods, such as rubber wastes, used automobile tires, and used household goods and medical equipment.

The HCM City Customs Department cited the need for setting standard procedures for handling abandoned goods and checking the identify of their owners.

It further proposed that for prohibited goods whose owners can be identified, the agency will impose administrative sanctions or file criminal cases in court against them.

In addition, the department is suggesting drafting guidelines for shipments that cause environmental pollution, such as old car tires. One of these measures is to make shippers responsible for shipping the goods out of Vietnam if Customs cannot identify the owner.

Image courtesy of satit_srihin at FreeDigitalPhotos.net