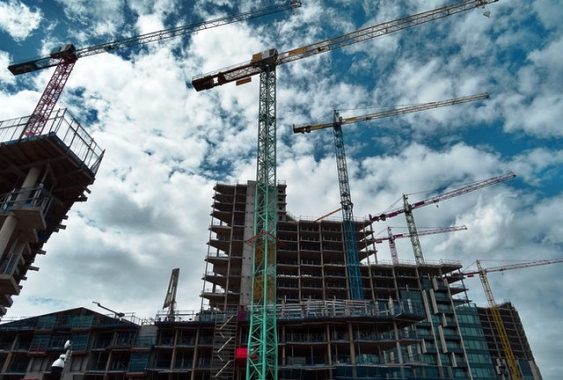 Global foreign direct investment (FDI) flows showed a strong rebound in 2021, up 77% to an estimated US$1.65 trillion from $929 billion in 2020, surpassing their pre-COVID-19 level, according to a new United Nations report.

Developed economies saw the biggest rise by far, according to the United Nations Conference on Trade and Development’s (UNCTAD) “Investment Trends Monitor.” FDI in these economies reached an estimated $777 billion in 2021—up 199% over the exceptionally low level of 2020.

FDI flows in developing economies increased by 30% to nearly $870 billion, with a growth acceleration in East and Southeast Asia (+20%), a recovery to near pre-pandemic levels in Latin America and the Caribbean, and an uptick in West Asia, rhe report published on January 19 showed.

FDI in the United States—the largest host economy—increased by 114% to $323 billion, while cross-border mergers and acquisitions or M&As almost tripled in value to $285 billion.

In the European Union, FDI was up 8% but flows in the largest economies remained well below pre-pandemic levels.

China saw a record $179 billion of inflows—a 20% increase—driven by strong services FDI, while Brazil saw FDI double to $58 billion from a low level in 2020, but inflows remained just below pre-pandemic levels.

The Association of Southeast Asian Nations (ASEAN) resumed its role as an engine of growth for FDI in Asia and globally, with inflows up 35% and increases across most members.

FDI flows to India were 26% lower, mainly because large M&A deals recorded in 2020 were not repeated, while inflows to Saudi Arabia quadrupled to $23 billion, in part due to an increase in cross-border M&As.

Flows to South Africa jumped to $41 billion (from $3 billion in 2020) due to the $46 billion share swap between the South African multinational Naspers and its Dutch-listed investment unit Prosus.

“Recovery of investment flows to developing countries is encouraging, but stagnation of new investment in least developed countries in industries important for productive capacities, and key Sustainable Development Goals (SDG) sectors—such as electricity, food or health—is a major cause for concern,” said UNCTAD Secretary-General Rebeca Grynspan.

The report said investor confidence is strong in infrastructure sectors supported by favorable long-term financing conditions, recovery stimulus packages and overseas investment programs. International project finance deals were up 53% in number and 91% in value, with sizeable increases in most high-income regions and in Asia and Latin America and the Caribbean.

The outlook for global FDI in 2022 is positive, although the 2021 rebound growth rate is unlikely to be repeated, UNCTAD said.

The underlying trend will remain relatively muted, as in 2021. International project finance in infrastructure sectors will continue to provide growth momentum, the report projects.

“New investment in manufacturing and GVCs remains at a low level, partly because the world has been in waves of the COVID-19 pandemic and due to the escalation of geopolitical tensions,” said James Zhan, director of investment and enterprise at UNCTAD.

The ongoing health crisis continues to be a major downside risk. The pace of vaccinations and the speed of implementation of infrastructure investment stimulus remain important factors of uncertainty, as do labor and supply chain bottlenecks, energy prices and inflationary pressures.

Photo by SevenStormJUHASZIMRUS from Pexels