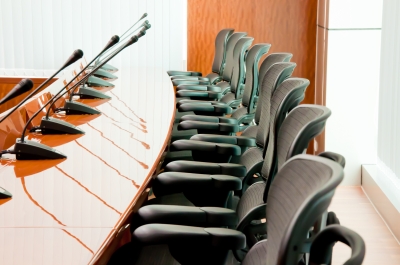 Discussions on free trade in the Philippines have “taken a back seat” as the Duterte administration has shifted government focus to addressing the ills of society, according to a Philippine trade expert.

Dr. Thomas Aquino, former undersecretary of the Department of Trade and Industry, claimed during the Asia-Pacific Forum 2017 on Integration and Inclusiveness in a Digital Society that the current administration is prioritizing issues that confront the Philippine leadership, such as the integration of the Philippine society through new legislation and the challenges facing Mindanao, while pushing the free trade agenda to the back seat.

This is manifested in the country’s stand on bilateral relationships, which according to Aquino, has already gravitated toward basic issues, such as respect for sovereignty and other domestic priorities.

The trade expert expressed disappointment at how the President handled himself during the 31st Association of Southeast Asian Nations (ASEAN) Summit held in the country recently, where “very little came out from him with respect to, not just regional, not just bilateral but also on any international issues.”

Unfortunately, such nationalistic sentiments tend to pressure the governments in the economic bloc to advocate for more restrictive and inward-looking policies that limit economic growth and trade in the region, said Dr. Yose Rizal Damuri, chief economist of Indonesia-based Center for Strategic and International Studies.

“For Indonesia itself, one can see the increasing trend of number of restrictions, where 35% of tariff lines have already been subjected to nontariff measures,” he explained.

In a study earlier this year, research fellow Dr. Erlinda Medalla and project development officer Melalyn Mantaring at think tank Philippine Institute for Development Studies (PIDS) argued that the excessive use of nontariff measures in the ASEAN remains a barrier to intraregional trade. Such measures affect global and regional production chains by unnecessarily increasing the cost of doing business, the researchers added.

In the Philippines, the most common nontariff measures are sanitary and phytosanitary measures, they said.

Still, Aquino remained optimistic given the Philippines’ high level of participation during the ASEAN summit, which allowed the country to cultivate deeper friendships with its immediate neighbors in the region.

“Because of that, strong expectations on what the ASEAN Economic Community (AEC) can achieve and on what the Regional Comprehensive Economic Partnership (RCEP) can truly deliver are created,” he explained.

To meet such expectations, Damuri recommended increasing investments in infrastructure, continuing openness in the region through initiatives such as AEC, and setting 2018 as the deadline for the RCEP’s completion.

He also urged the ASEAN member states to promote greater understanding of the benefits of economic openness and harmonize the multilateral trading systems in the region. – Roumina Pablo

Image courtesy of sixninepixels at FreeDigitalPhotos.net