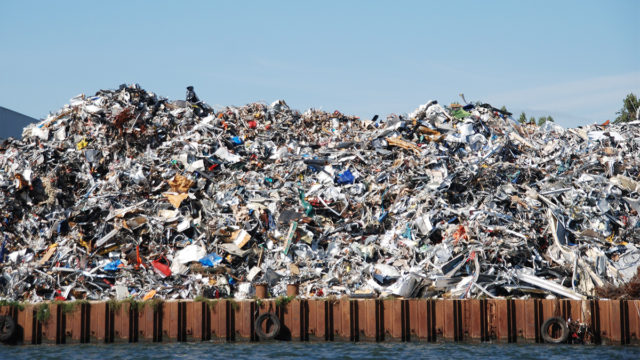 Five World Trade Organization (WTO) members questioned China’s import ban on solid waste, particularly for certain scrap materials, at the 3 October meeting of the WTO Committee on Import Licensing. The United States, the European Union, Australia, Canada and Korea sought more information on which types of materials would be affected, with some noting that this issue was of great interest to their business sectors.

The United States said it had significant concerns with the changes to import licensing surrounding China’s implementation of an existing import ban on plastic and paper scrap. The US asked whether China was planning to extend the measure to cover ferrous and non-ferrous scrap, and if so, when this would be implemented and under what procedures. The US requested China to adhere to notification obligations, particularly for ferrous and non-ferrous scrap, noting that this constituted a multi-billion market for US stakeholders.

Earlier, on 18 July 2017, China had notified to the WTO that it would be imposing a ban on imports of certain kinds of solid waste by the end of 2017.

Canada said it shares the concern of the United States as the recently announced restrictions were already creating issues for its traders. Canada said it wanted to know the specific products China intended to ban as part of the catalogue of solid waste that will fall nchunder new restrictions.

Australia said it had similarly raised concerns over this issue both in Geneva and in Beijing. The EU also asked for more details on the policy. Korea said it will closely monitor the measures and that it will further cooperate with China as necessary.

China’s delegation responded that it will forward these concerns to its capital for consideration.

The US, the EU and Switzerland said they were concerned about Indonesia’s new dairy import regulation. The US said it was concerned that the measure would restrict US dairy exports and create disadvantageous conditions for dairy importers and food processors. The EU and Switzerland also registered their interest in the issue and said they would like to receive more information on the measure.

The US expressed appreciation for Vietnam’s resolution of earlier raised concerns over the licensing regime affecting imported distilled spirits. The US said it had received information that a new decree will take effect next month that will eliminate discriminatory aspects of Viet Nam’s licensing regime for spirits. The US said it remains interested in confirming this implementation. Australia said it too was pleased to hear the news.

Viet Nam confirmed that the new decree was finalized on 3 October and will enter into force on 1 November.

The Committee reviewed 21 new notifications submitted by WTO members since the last meeting held on 5 May 2017. The EU sought clarifications on the notification from Paraguay concerning mobile phones and parts.

The chair, Mr Fawaz Almuballi (Kingdom of Saudi Arabia), drew members’ attention particularly to the revised notifications of Mauritius and the Republic of Moldova, which contained comprehensive lists of domestic regulations on import licensing. The chair said members who have long been unsuccessful in meeting their notification obligations should see these two members as assurances that it can be done. Botswana, he added, was in the process of submitting its first ever notification. The representatives from these three countries participated in the Geneva-based workshop on import licensing notifications in May and the new notifications are said to demonstrate that such targeted technical assistance is effective and fruitful.

The chair informed the Committee that 16 members have not submitted any notification on import licensing since joining the WTO while 24 have never submitted replies to the annual questionnaire on import licensing procedures. These numbers have remained the same since the Committee’s last meeting, and he urged those members concerned to submit their notifications as soon as possible. Members at the meeting expressed divergent views on whether the Committee should continue the discussion on improving notification procedures and the chair said he planned to hold informal consultations with members on the matter.

The chair said the next Committee meeting is tentatively scheduled for 20 April 2018. – Text and photo from WTO