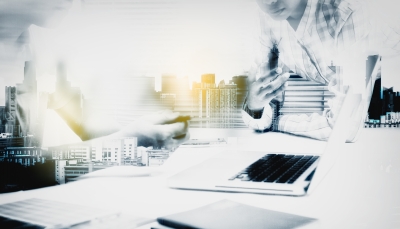 The World Chambers Federation (WCF) of the International Chamber of Commerce (ICC) is moving closer to creating a digitalized ATA Carnet system, following the conclusion of a meeting at the World Customs Organization (WCO) on 30 June 2017 in Brussels.

ATA Carnet is an international customs document that permits the tax-free and duty-free temporary export and import of goods for up to one year. The system is operated under two international conventions (ATA and Istanbul Conventions) and is jointly administered by the WCO and ICC through the WCF. ATA Carnet is currently in force in 77 countries and economies throughout the world today.

The Brussels meeting was upon invitation of the WCO Compliance and Facilitation Directorate, allowing the ICC WCF’s eATA Steering Committee to meet with the WCO eATA Working Group chaired by Matthias Reimann of the European Commission of Taxation and Customs Union Directorate-General (TAXUD). The ICC WCF’s eATA Steering Committee presented a centralized eATA study, along with a demonstration.

Building upon its successful work to date with Mercury—a centralized repository of key ATA data—the ICC WCF showcased the advantages that digitizing the ATA Carnet could provide, such as facilitating transactions, increasing data security, preventing claims and reducing administration. The ICC WCF’s delegation also spoke about its importance to Customs, as well as the business community.

During this meeting with key WCO members from more than 15 nations, including the European Union, customs officials welcomed the initiative. Many were eager to join a potential pilot program, set to be launched in the coming year.

Additionally, presentations led by the ICC WCF’s ATA leadership illustrated the advancement of the current Mercury concept and workflow system of the Mercury Phase II-real-time lifecycle management system, in addition to explaining the options on how Customs could easily integrate into the Mercury system. – ICC