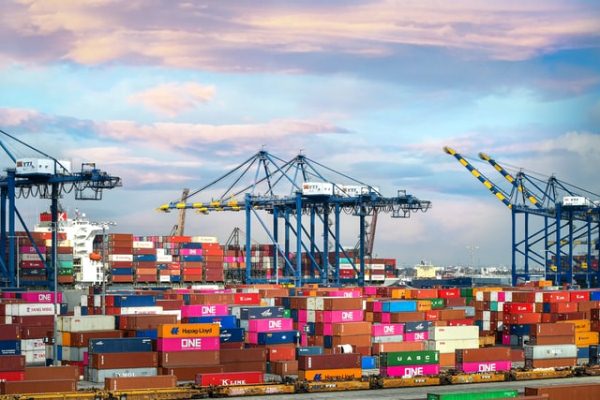 Imports into the US originating in the Association of Southeast Asian Nations (ASEAN) are on the rise, particularly those from Vietnam, according to an analysis from Transport Intelligence (Ti).

Ti pointed to a Nikkei Asia report on the findings of the Japan Maritime Center, which regularly publishes analysis of global shipping trends based on ‘PIERS’ data, which is derived from bills of lading sent to the US Customs.

The institute’s analysis, published in March 2021, of data from the first quarter of the year shows that imports into the US originating in the ASEAN (Association of Southeast Asian Nations) region now account for more than 23% of imports measured in terms of the number of containers handled.

While this is markedly less than the 58.9% accounted for by China, ASEAN’s numbers are growing whereas China’s have been shrinking.

“Indeed, China’s share of traffic has shrunk for two years, with the past 12 months falling by 0.9%. Contrast this with Vietnam, which has volumes just 20% of that are from China but has seen those volumes jump by 24.8% year-on-year,” said Ti.

According to Nikkei, the volume originating in China excluding Hong Kong increased 2.4% in 2020 from a year ago to 10.81 million units. The figure, which represents the first year-on-year increase in two years, is still 6.4% less than the 2018 peak before US-China trade frictions started to swell.

The U.S. Chamber of Commerce in a report early this month observed the same trend, noting that many Southeast Asian countries grew their exports to the U.S. in the wake of the trade spat between the US and China.

“Vietnam became the largest beneficiary in dollar terms. However, all the larger countries in the region (with the exception of Indonesia) have seen growth in their exports to the U.S. in recent years, both before and after the Chinese tariffs.”

Ti said that based on port and customs data, one important trade for Vietnam is furniture. As a category of product, it is one of the most prominent exports into the US as measured by volume, with the e-retail boom apparently having fuelled furniture sales.

The chamber said other countries in Southeast Asia are also benefitting from the opportunities created to grow their U.S. market.

Malaysia has been able to expand its exports of products including thermostats, telecommunications instruments, battery parts, and transistors and semiconductor parts.

Southeast Asian countries continue to enhance their laws and regulations to better compete for business opportunities created by the U.S./China tariffs, said the chamber.

Indonesia recently passed reform legislation that opens up the economy more broadly to foreign investment and addresses longstanding manpower issues. The Philippines is close to enacting substantial tax reforms long championed by the business community. Thailand continues to promote a broad array of tax and other incentives to attract foreign investment. These countries are also pursuing a variety of bilateral trade agreements with partners around the globe.

Such is the scale of demand that US West Coast ports are having difficulty coping with the number of containers. In contrast, China is perceived to be suffering from the so-called ‘US-China trade war’ with non-Chinese producers aggressively diversifying away from reliance on China, Ti said.

In the 1990s furniture was one of the pioneering sectors that helped China enter the world trading system. Loss of business here may be ascribed to China’s focus on other areas, nonetheless it is possibly a bellwether of future trends, opined Ti.

It added that the growth in sourcing from Southeast Asia could have implications for logistics.

“The past thirty years have seen South East Asia’s most important port, Singapore, eclipsed by Shanghai and rivalled in size by a string of other Chinese ports. Present trends might imply that Singapore could resume its lead in terms of the largest container port but also place itself as the world’s leading logistics hub for air and land freight transport as well. There is also the question of the prospects for the expansion of ports in other parts of South East Asia, notably in Vietnam and Cambodia,” said Ti.

Photo by Barrett Ward on Unsplash